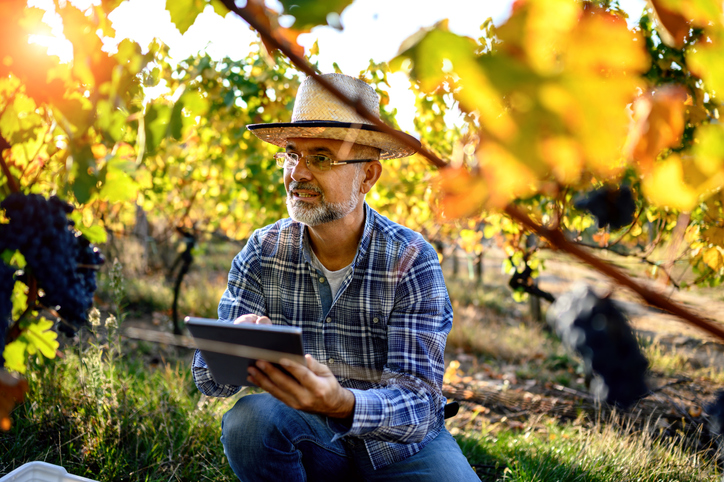 Researchers use a chemical process to boost the effectiveness of natural grapevine–cane extract against downy mildew and grey mould.

Grapevine diseases can cause a significant impact on fruit yield. These include downy mildew, which is caused by Plasmopara viticola and affects all green parts of the grapevine – and grey mould, which is caused by the fungal pathogen Botrytis cinerea and leads to fruit rot.

But plants have evolved natural defences – including producing chemicals called phytoalexins that act against attacking pathogens. For example, stilbenes are a group of polyphenols produced by grapevines in response to an infection. Many of these substances, especially those that form oligomeric structures, are known to have high antimicrobial activity.

Sourcing stilbenes from vine-growing by-products, such as grapevine canes and roots, is attracting growing interest due to their potential for fighting diseases like downy mildew and grey mould. But the low efficiency of natural grapevine extracts against common grape pathogens currently prevents their application in the field.

In a new study, published in OENO One, researchers explore using a chemical process to improve the effectiveness of natural grapevine–cane extract against downy mildew and grey mould.1

The researchers then compared the antimicrobial activity of the initial grapevine–cane extract with the product obtained after oxidative coupling.

These experiments showed that their chemically engineered extract was three times more active than the original extract against downy mildew – and was also more effective at preventing the growth of B. cinerea.

The team used analytical grade reagents and ultrapure water generated from an ELGA laboratory water purification system for all experiments – minimising the risk of introducing contaminants that might affect their results.

An Innovative Approach To Disease Control

This study demonstrates a potential way to enhance the activity of natural grapevine–cane extract by applying oxidative coupling directly to an extract with an enriched stilbene content.

The results show that the processed extract has improved antimicrobial activity, strongly inhibiting the growth of both downy mildew and grey mould. This suggests that the approach could offer a way to maximise the effectiveness of treatment – potentially reducing the amount and/or number of doses that are necessary to prevent or treat these major grapevine diseases.

The next steps will be to carry out greenhouse and field testing to confirm whether the processed extract offers an effective solution against these common grape pathogens.

ELGA has been a trusted name in pure and ultrapure water since 1937. Our dedication to ultrapure and pure water is a guarantee that we will continue to provide the best solutions with the best service.