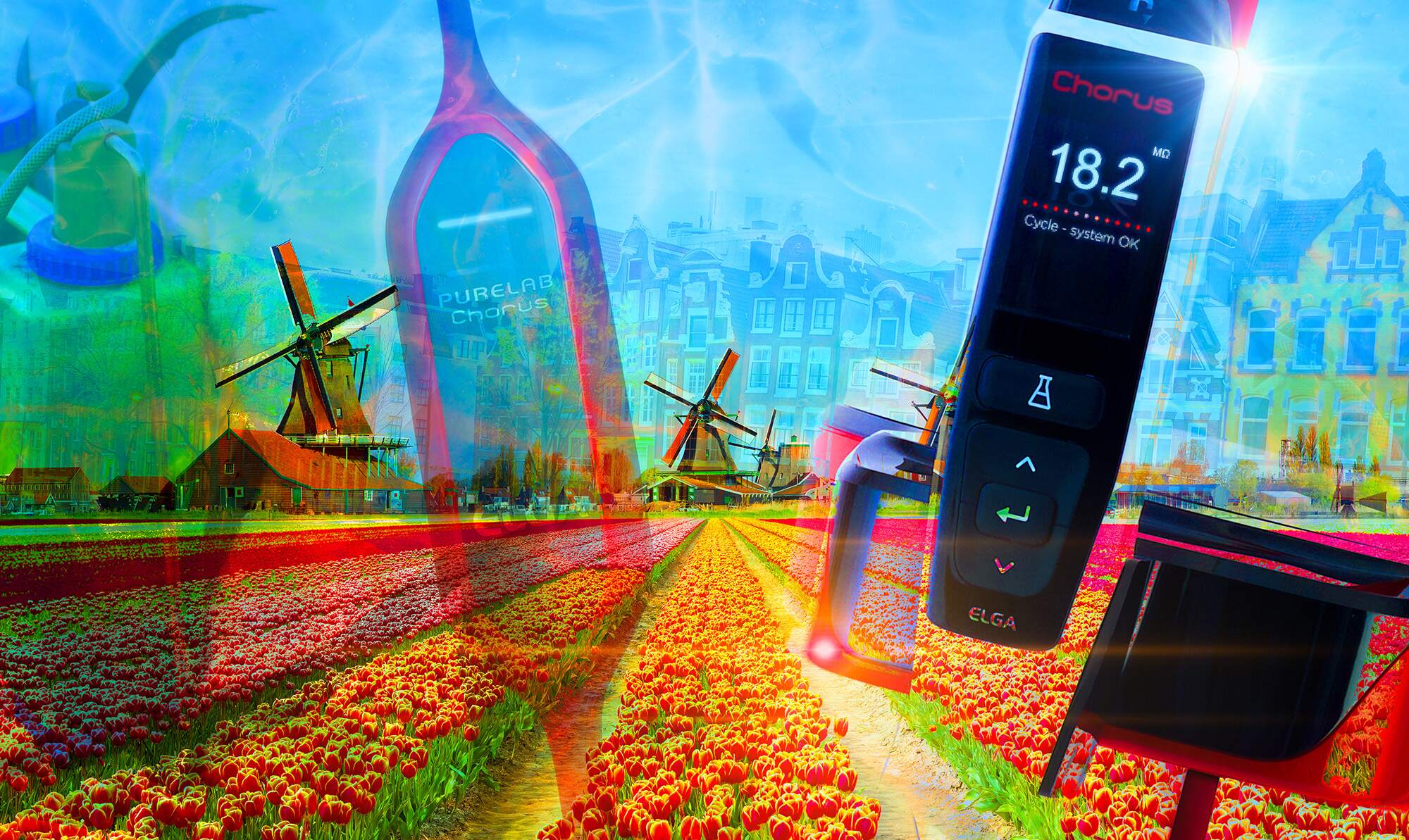 Using pesticides to protect crop yields is a common agricultural practice. However, these chemicals contain active substances that can pose risks for the ecosystem and human health if they leach into the surrounding environment. This led Dutch researchers to develop a new method to determine the occurrence of recently authorised pesticides in groundwater and surface water used for the production of drinking water in the Netherlands.

Pesticide use is increasing because it is closely coupled with the intensification of food production and the expanding human global population. These chemicals can have negative impacts on human and ecological health, because of their ability to leach into groundwater or surface water through drift and agricultural runoff. For this reason, pesticides in Europe are regulated and authorised according to the Plant Protection Products Regulation 1107/2009. Groundwater, surface water and drinking water sources are also regularly assessed and monitored for the occurrence of pesticides and their metabolites, as proactive surveillance allows the early detection of potential risks. The quality standards set by the EU Drinking Water Directive are ≤ 0.1 µg/l for the active substances within pesticide products and their human toxicological relevant metabolites, ≤ 1 µg/l non-relevant metabolites and ≤ 0.5 µg/l for the summed concentrations of both.

Some recently authorised pesticides are classed as persistent and mobile organic compounds (PMOCs). There are gaps in terms of analysis, monitoring, treatment, and regulation of these substances, which have been found to evade different water treatment and environmental removal processes, and enter sources of drinking water. Researchers at the KWR Watercycle Research Institute, Oasen and the Institute for Biodiversity and Ecosystem Dynamics at the University of Amsterdam therefore developed a new LC-MS/MS method for the simultaneous detection and quantification of some of these pesticides, to assess their occurrence in drinking water sources.1

Water samples were taken from 127 sources of drinking water across the Netherlands and Flanders in May, June and August 2016. Pesticides were chosen for analysis based on a range of factors, including being authorised on the Dutch market between 2005 and 2015, and having a persistence in soil of more than seven days and a mobility – the ability to transfer through the environment – of less than four.

Researchers developed and validated a novel quantitative LC-MS/MS method for the analysis and identification of pesticides. Firstly, 45 ml of each water sample was treated with 50 µl of an internal standard solution at a concentration of 0.50 mg/l, before being mixed. Analytes were identified and quantified by LC-MS/MS analysis, using gradient elution with mobile phases comprising 0.05 % (v/v) acetic acid in water and 0.05 % (v/v) acetic acid in acetonitrile. The method was validated using drinking and surface water samples ‘spiked’ with pesticides at concentrations of 0.01, 0.10 and 1.0 mg/l, to determine the relative standard deviation, recovery, and limit of quantification. Ultrapure water from an ELGA LabWater PURELAB® Chorus system was used throughout the experimental process.

In total, 15 out of the 24 recently authorised pesticides were detected in the sampled surface water locations – including seven compounds that exceeded the concentration permitted by the water quality standard. Interestingly, two substances were identified as neonicotinoids, detected in the river Meuse and a Belgian surface water reservoir at concentrations of 1.1 mg/l and 0.4 mg/l, respectively, even though the use of all except one of these chemicals is banned in the EU due to their extremely harmful impacts to human health. A human health evaluation was completed for all other pesticides found to be above 0.1 mg/l in drinking water sources, which suggested that while these levels were above the specifications in the quality guidelines, no adverse human health effects were to be expected.

This study shows that the presence pesticides in drinking water sources is a major concern across the Netherlands. Pesticides and/or their metabolites were detected in two thirds of the abstraction areas, and exceeded the permitted water quality standards level in one third of abstraction areas. Furthermore, the occurrence of the two neonicotinoids in drinking water sources, along with the other pesticides authorised within the last 10 years, emphasises the importance of keeping routine monitoring methods up to date.

The presence of impurities in laboratory water can be a major problem in research experiments, and can seriously compromise results. ELGA LabWater has been a trusted name in pure and ultrapure water since 1937. We believe in providing you with water purification solutions that can meet a wide range of needs and applications, backed by excellent service and support. For more information on our Type I ultrapure water systems, check out our PURELAB Quest, PURELAB Chorus 1 Complete and our PURELAB flex models.