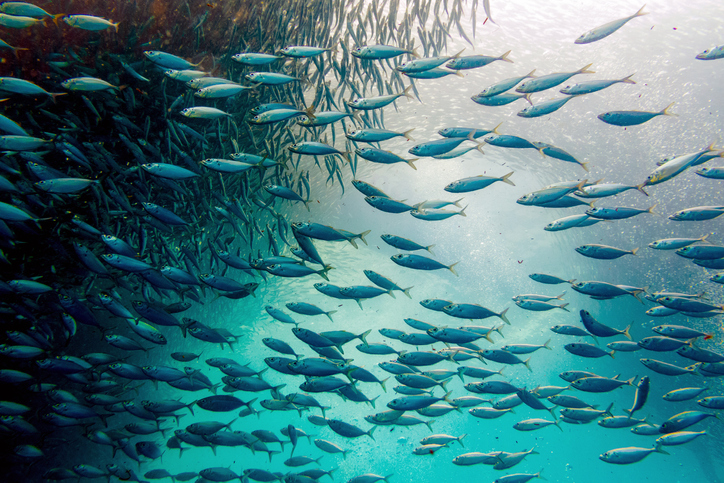 There has recently been a surge in the development of superhydrophobic and superoleophobic surfaces, and this has mainly resulted from the study of hierarchical structures of aquatic animals, which have been shown to promote water or oil repellency. Canadian researchers at the University of Alberta in Edmonton and York University in Toronto have performed a systematic study to determine which feature on the fish’s scale presents underwater superoleophobicity or oil-repellent properties.

Fish scales are brilliant examples of underwater superoleophobic or oil-repellent surfaces, extending to a wide range of oils. These properties are considered to be crucial for the survival of fish in polluted water. Mucus is secreted from the epidermis covering the scales for wettability characteristics and as a defence mechanism when it encounters any foreign agent, including pollutants and toxins. It is also known and well-studied that the mucus helps in reducing the drag on the fish, therefore helping them to swim in water with less friction.

However, there has been less focus on understanding the role of the mucus layer towards the wetting characteristics of the fish scales. Fish also bring added complexity towards understanding the hydrophilic and oleophilic characteristics compared to other natural liquid-repellent surfaces, such as butterfly wings and lotus leaves. These properties have inspired the development of artificial surfaces for items that we use on a day-to-day basis. Researchers at the University of Alberta and York University in Canada have carefully analysed the underwater wettability of fish scales – with and without mucus – to establish the relative importance of the mucus and the fish scale architecture in dictating the underwater superoleophobicity.1

Experiments were conducted on fish scales extracted from Tilapia obtained from the local grocery store in Edmonton, Canada. Small portions of the fish were sectioned out using a sterile surgical knife and the underlying fish body below the dermis was carefully removed to obtain flat samples. These sections were then transferred on microscope glass slides to provide rigid support to the fish scales.

An established protocol was used to remove the mucus layer from the fish scales, which were then rinsed with ELGA ultrapure water of resistivity of 18.2 MΩ/cm from a PURELAB® system, before being analysed by attenuated total reflection-fourier transform infrared (ATR-FTIR) spectroscopy to distinguish the presence and absence of mucus.

An underwater needle-free drop deposition technique – applying silicon oil as the model fluid, and canola oil to create an oil-water interface – was used for accurate estimation of the static contact angle of the oil drop on underwater fish scales, with and without mucus. Accurate quantification of the contact angle was determined by the separation between the oil drop base contact area and the fish scales. Placing a modified drop shape analyser with an additional light source and diffuser behind the glass cuvette containing the scales helped achieve the required accuracy.

The needle-free drop deposition technique coupled with proper illumination to determine the drop contact area on the fish scale allowed for correctly quantifying the contact angle for fish scales. It was found that underwater oil repellency of fish scales is entirely due to the mucus layer formation as part of its defence mechanism, which produces an unprecedented contact angle close to 180°. Characterisation of the mucus layer using ATR-FTIR spectroscopy showed that certain functional groups in the mucus layer – hydroxyl, amine and carbonyl – are responsible for such extreme superoleophobicity of the fish scales.

In the absence of the mucus layer, the contact angle decreases significantly to around 150°, making the scales less oleophobic. This result can be attributed to the inherent hierarchical micro or nanostructures on the scales. This study conclusively demonstrates the role of the fish’s mucus layer to generate superoleophobicity rather than the common notion that the hierarchical structures of the scales is the only reason for such underlying behaviour.

This investigation further opens up the need to understand the underwater wettability of marine life. Such studies can help to biomimic structures through an extensive micro or nanofabrication process to generate superoleophobic, superhydrophobic and omniphobic surfaces.

Why Choose ELGA LabWater in Canada?

The presence of impurities in laboratory water can be a major problem in research experiments, and can seriously compromise results. ELGA LabWater has been a trusted name in pure and ultrapure water since 1937. We believe in providing you with water purification solutions that can meet a wide range of needs and applications, backed by excellent service and support. For more information on our Type I ultrapure water systems, check out our PURELAB Quest, PURELAB Chorus 1 Complete and our PURELAB flex models.