The Unexpected Link Between Amino Acids and Antarctic Air 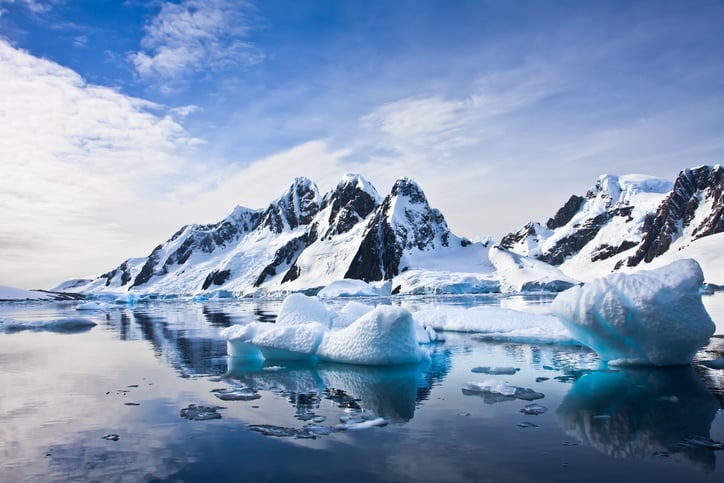 Ever since the first British and Norwegian explorers dedicated their lives to the exploration of the poles, the Antarctic continent has been a base for furthering scientific knowledge.

In fact, meteorological diaries of those very explorers are still maintained in good condition and have been used to create modern models of Antarctic climate. Today, the Antarctic remains a dangerous place for humans but it’s been sufficiently tamed to allow brave (and psychologically strong!) scientists to conduct all sorts of important research there. There are plenty of benefits to conducting research in Antarctica, mostly due to its pristine condition (which is in large part due to the absence of large scale human activity). Recently, a group of Italian scientists braved the Antarctic conditions to conduct research on amino acid behavior in marine aerosols.

The Causes and Consequences of Ocean Acidification

Atmospheric pollution can be absorbed by the ocean and have serious downstream consequences. A good example of this that you’ll often hear about in the news is ocean acidification, which is a consequence of rising CO2 levels. CO2 is absorbed by the ocean and reacts with seawater to make the water more acidic. This is not a good thing for organisms that are sensitive to pH, such as crustaceans and mollusks, which have alkaline calcium carbonate shells. It’s also bad for corals, whose algae lodgers don’t like the acid environment and so emigrate to find a better life elsewhere. The problem is that the corals need the rent (in the form of sugar, oxygen and waste removal services), and coral bleaching is the unappealing visual consequence we see when their colorful tenants move out.

While seawater can become acidic by absorbing and reacting with carbon dioxide, acids are also made naturally in our oceans, e.g. by phytoplankton. The amino acids made by these small organisms bathing in the sun near the surface escape as marine aerosols into the atmosphere. Here, they can affect atmospheric chemistry, drive climate change and impact on the organisms exposed to them (although some organisms might actually utilize these amino acids for their metabolism, so it’s not all bad!).

Using Antarctica as a Natural Laboratory

To find out where amino acids in aerosol come from, how they are transported and what types are present, Barbaro et al. (2014) took a research ship to the South Pole region to do collect some samples. Once they had their samples they used triple quadrupole mass spectrometry (TQMS) and chromatography to analyze the amino acids present. They found that hydrophilic amino acids were the most common type in marine aerosols, and that hydrophobic amino acids were present in low abundance in coastal areas.

This research is important, as amino acids can influence cloud formation and block atmospheric radiation – any imbalances introduced into our weather or climate systems by amino acids can have severe downstream consequences (think the Butterfly Effect). Checking how such systems behave in a region unaffected by humans gives us a good idea of how they “should” be operating. This information can then be used to plan experiments in other areas, or even to inform future policy on managing the release, dispersal and capture of such contaminants.

What to Read Next?

This story is just a drop in the ocean (if you’ll excuse the pun). Researchers around the world are using a wide range of analytical techniques to help us monitor, manage and protect our environment. To read more inspiring stories, download our “Going Green” e-magazine.

Want to read more inspiring stories about how researchers are using cutting-edge analytical science in an effort to monitor and protect our environment? 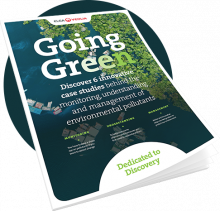